Merewether Surfboard Club is one of the oldest, most successful and certainly the most enduring surfboard club. The Club had its origins in the original ‘Merewether Board Club’, a group that came together in January 1960 under the guidance of Jim Newburn’s father – Jim Snr. The core of this group went on to form ‘Beachniks’, a colourful group of pioneers who were to rule Merewether for the next couple of years. The Newcastle Surfboard Association was formed in 1963 and for a time, there was no formalised Club at Merewether. In June 1964, the Club as we know it today was born. The Club has run without recess or name change ever since.

Merewether and its Club are not about dates, meetings, committees, credits and debits. They are all about fun, mateship and surfing, meeting the challenge of waves that can be good, bad, big, small smooth, choppy, left, right, quirky, flawless, friendly and dangerous. Merewether Surfboard Club has a proud heritage of competition success. Trophies abound but prouder still is the beach and the Club’s record of producing a long line of dedicated surfers. The sheer pleasure of riding a wave, not glory or money, always has been the great motivator.

As generations of surfers came to recognise, Merewether’s unique combination of rock shelves and reefs deemed it could be surfed at any time, on any tide, in any swell, wind or size. Whether it be the shallow cylinders of the Rocks or four metre monsters peeling off Third Reef, Merewether became a magnet for surfers looking to test themselves on a performance wave against the best locals raised in the an unpretentious urban streets beyond the beachfront.

Yet, the history of the place is defined by the exploits of those who graduated from ultra competitive local ranks to establish Merewether Surfboard Club as one of the proudest surfing communities in the world.

In winning four successive world championships the son of first club patron and life member Ray Richards, guaranteed Merewether a permanent place in surfing lore. MR continues to be one of the world’s favourite surfing ambassadors.

March 2009 Merewether was declared a National Surfing Reserve which recognises sites of cultural and historical significance in Australian surfing.

2010 the Club created a Hall of Fame for a truly exceptional core of surfers who have performed with rare distinction. The ten chosen as the first inductees for the Hall of Fame are not only brilliant surfers and individuals within the context of Merewether Surfboard Club, but are known and held in the highest regard in all corners of the surfing planet: Robbie Wood, Jim Newburn, Peter Cornish, Roger Clements, Mark Richards, Nick Wood, Simon Law, Luke Egan, Matt Hoy and Chad Edser.

Celebrating 50 years in 2014 the Club was awarded the Australian Surfboard Club of the Year – Simon Anderson Surfing Australia Award.

Further Club history and highlight photographs can be found below. 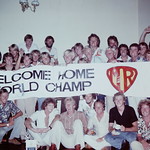 Success on the World Stage 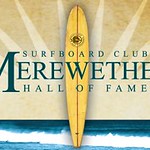 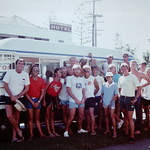 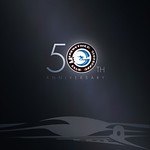 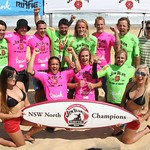 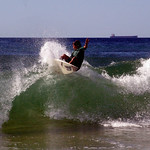 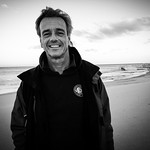 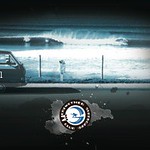 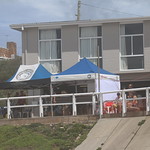